Maps About project How to create a map Russian
Objects (Properties)
There are 4 kind of objects: fixed units, movable unit, region and line You can add objects with a bottom panel on edit mode. 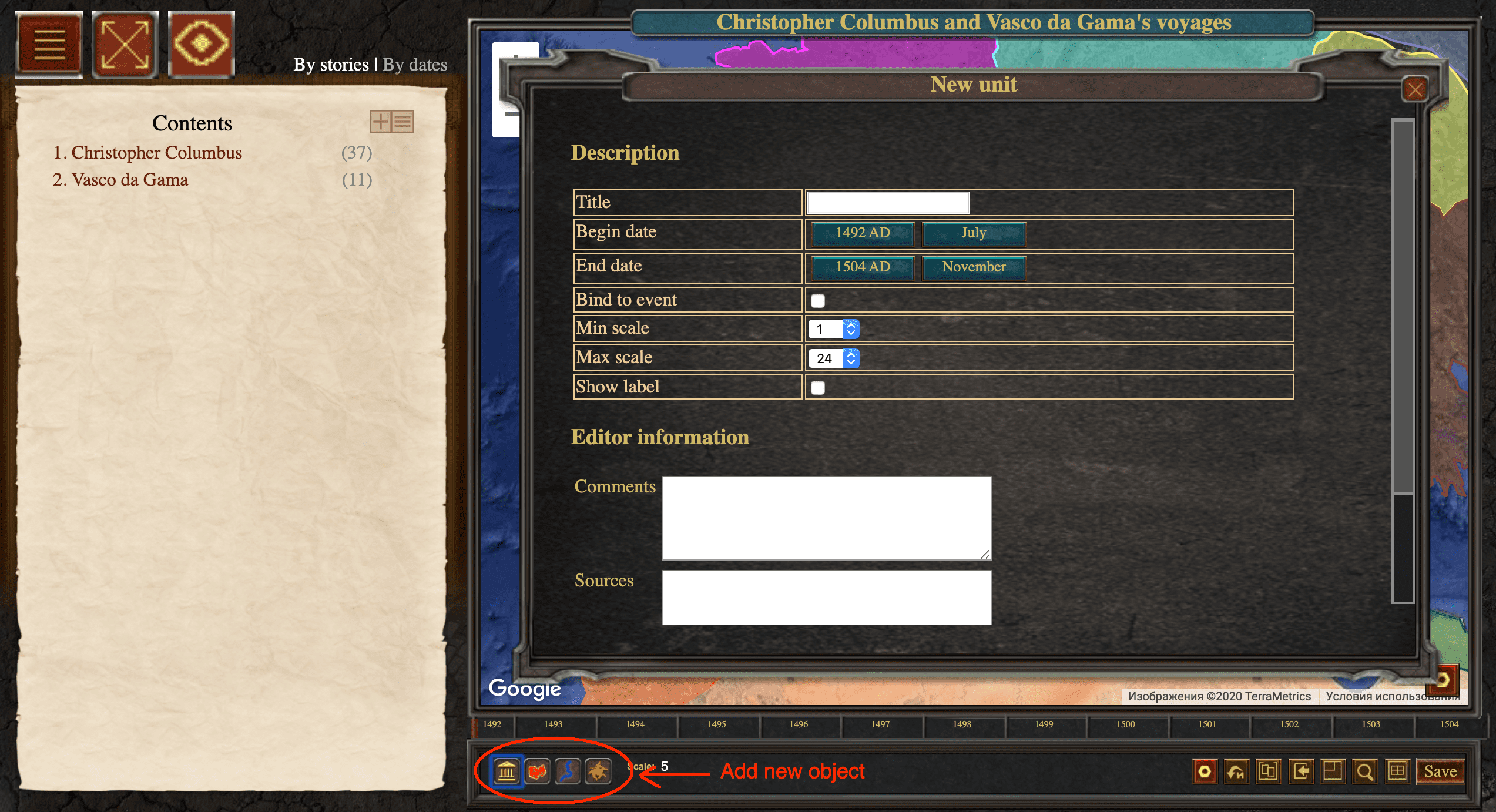 If you press one of the those buttons windows with object parameters will be shown.

Parameters which are common for all object types: For region and line you can specify: You can specify icon for fixed unit and movable unit. Object will be marked on map with this icon. It is possible to choose it from preset list or upload you image. In order to change parameters of existed object you can use menu which open after mouse right button click. 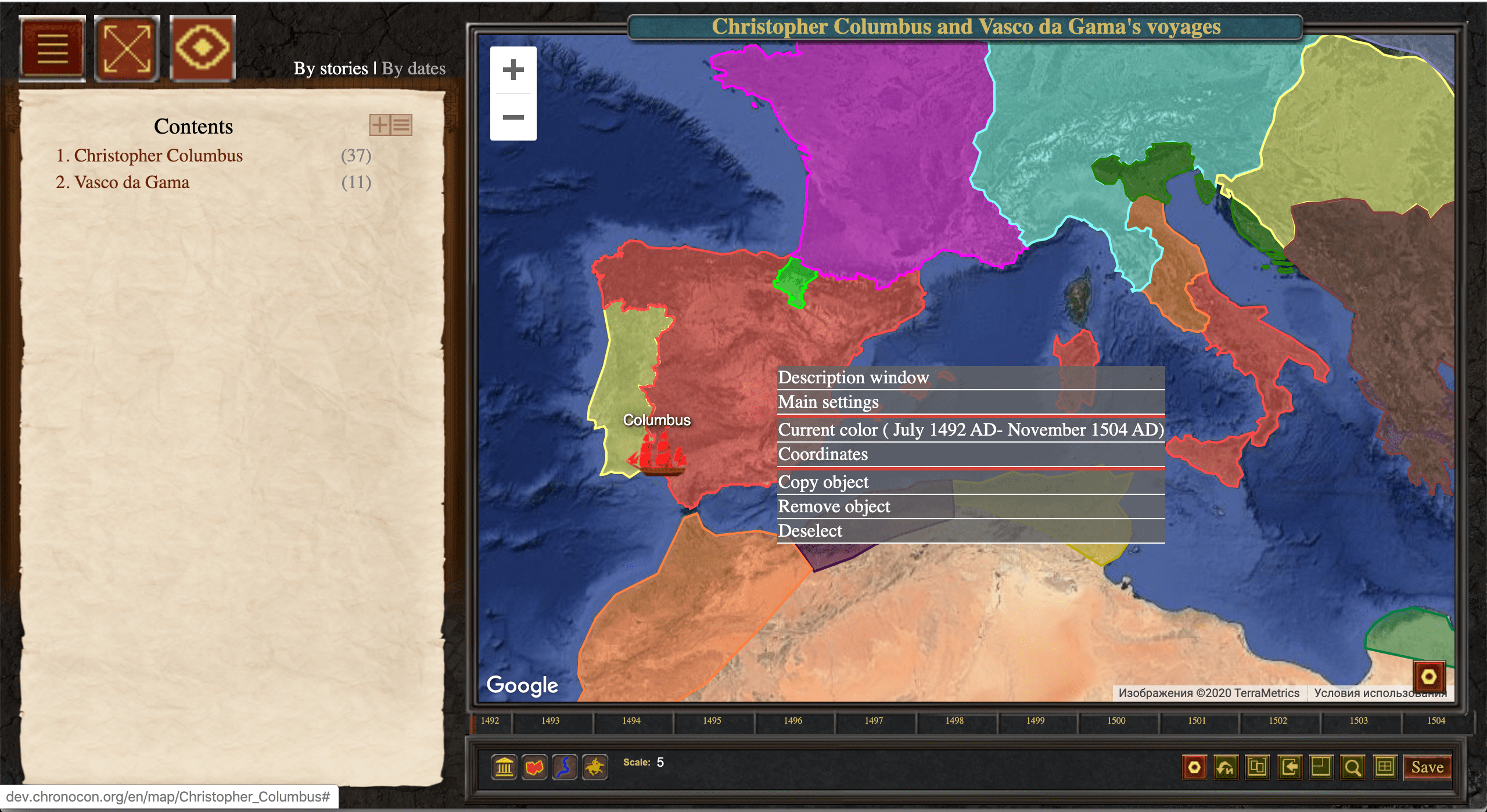 Some parameters should be changed during events of the map time frame. The mechanism for working with all those parameters is the same. I'll tell you the example of the region's borders. The region is typically used for making territory of the states. But it is changing over time. For example we have the region with lifetime from 1900 year to 1910 year the map with time step of 1 year. In 1900 year our region has some borders: 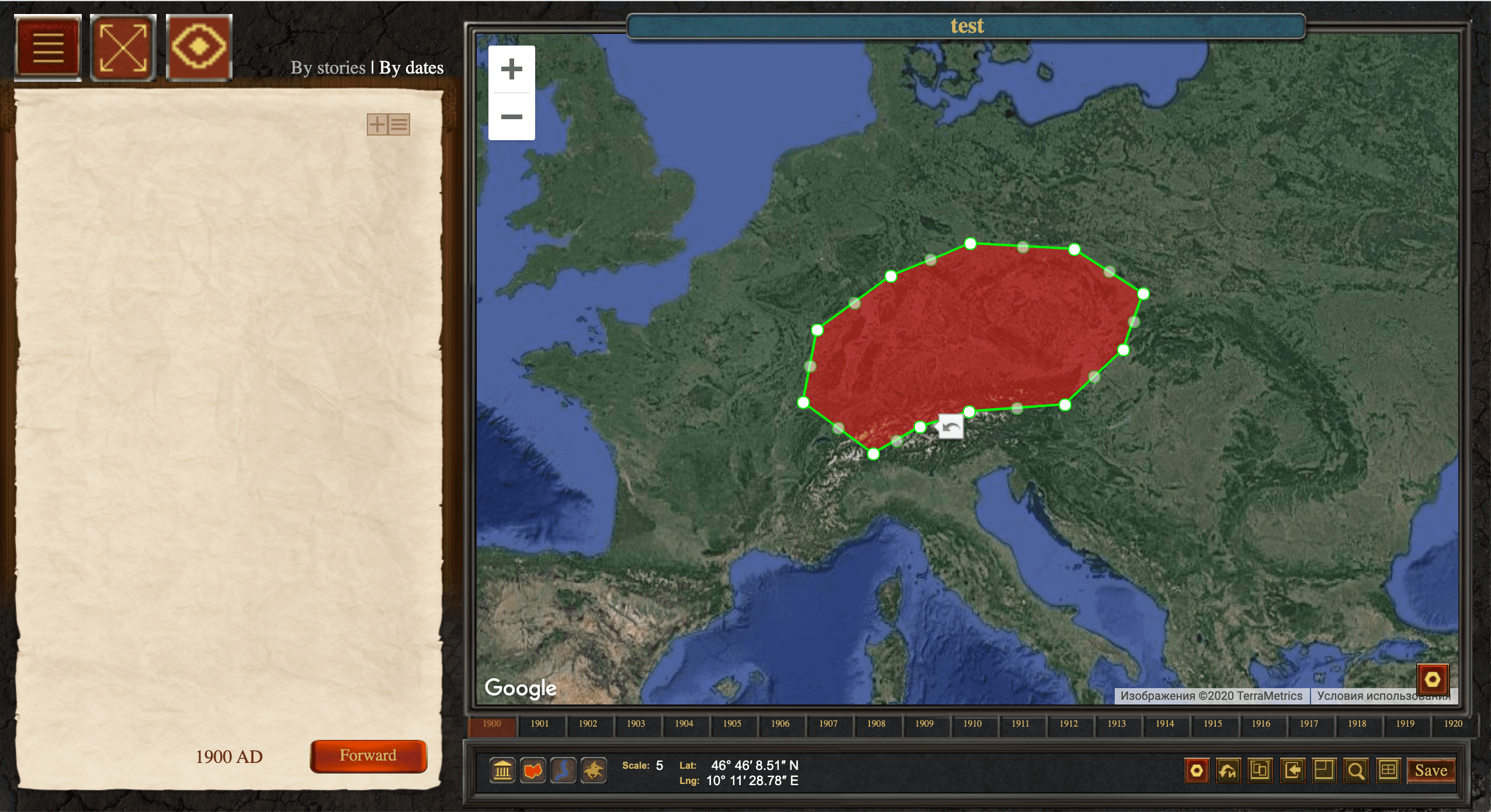 but in 1905 it got other borders. In this case we should go to the 1905 year, press mouse right button and choose “New territory” in menu. 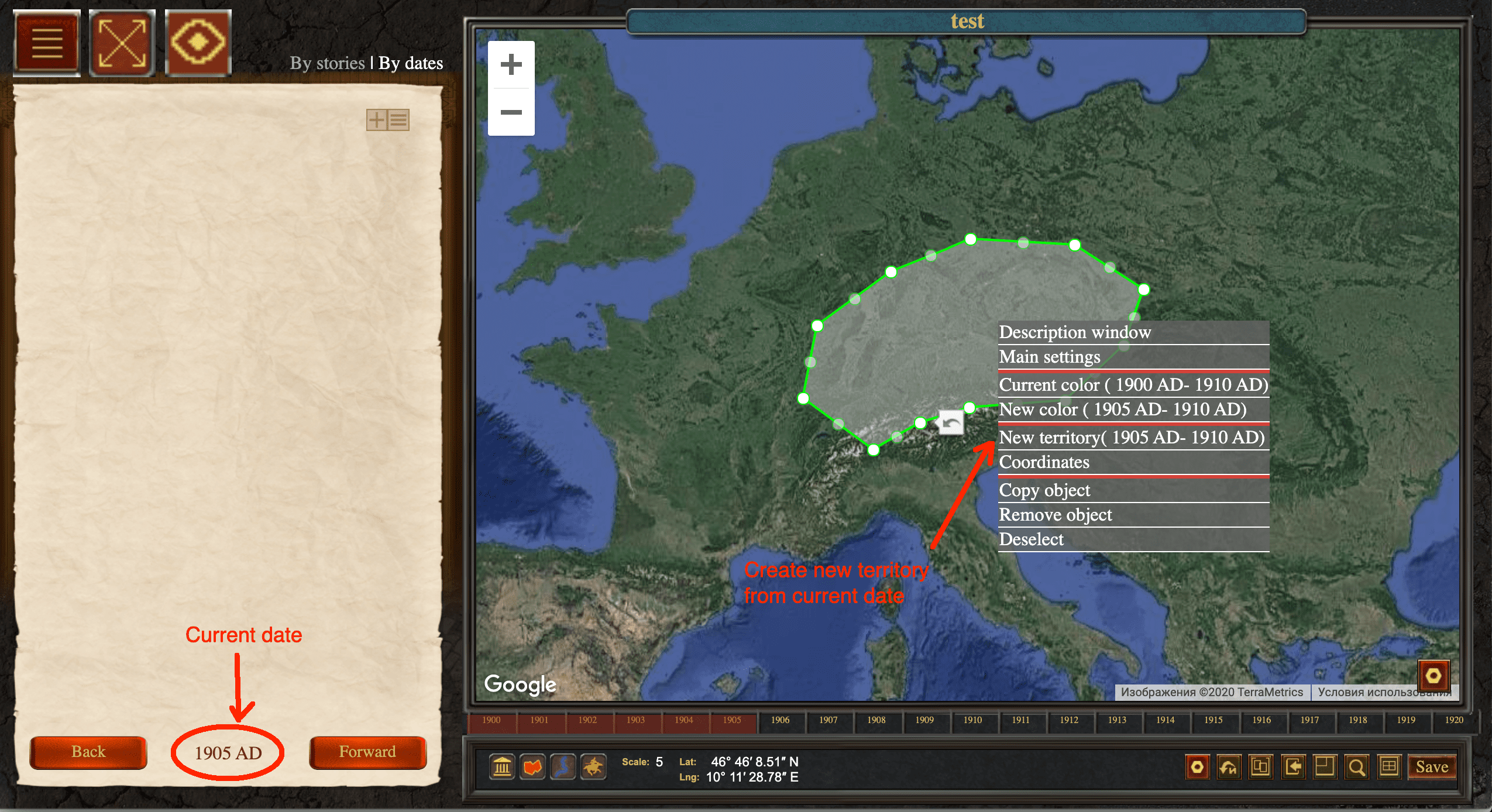 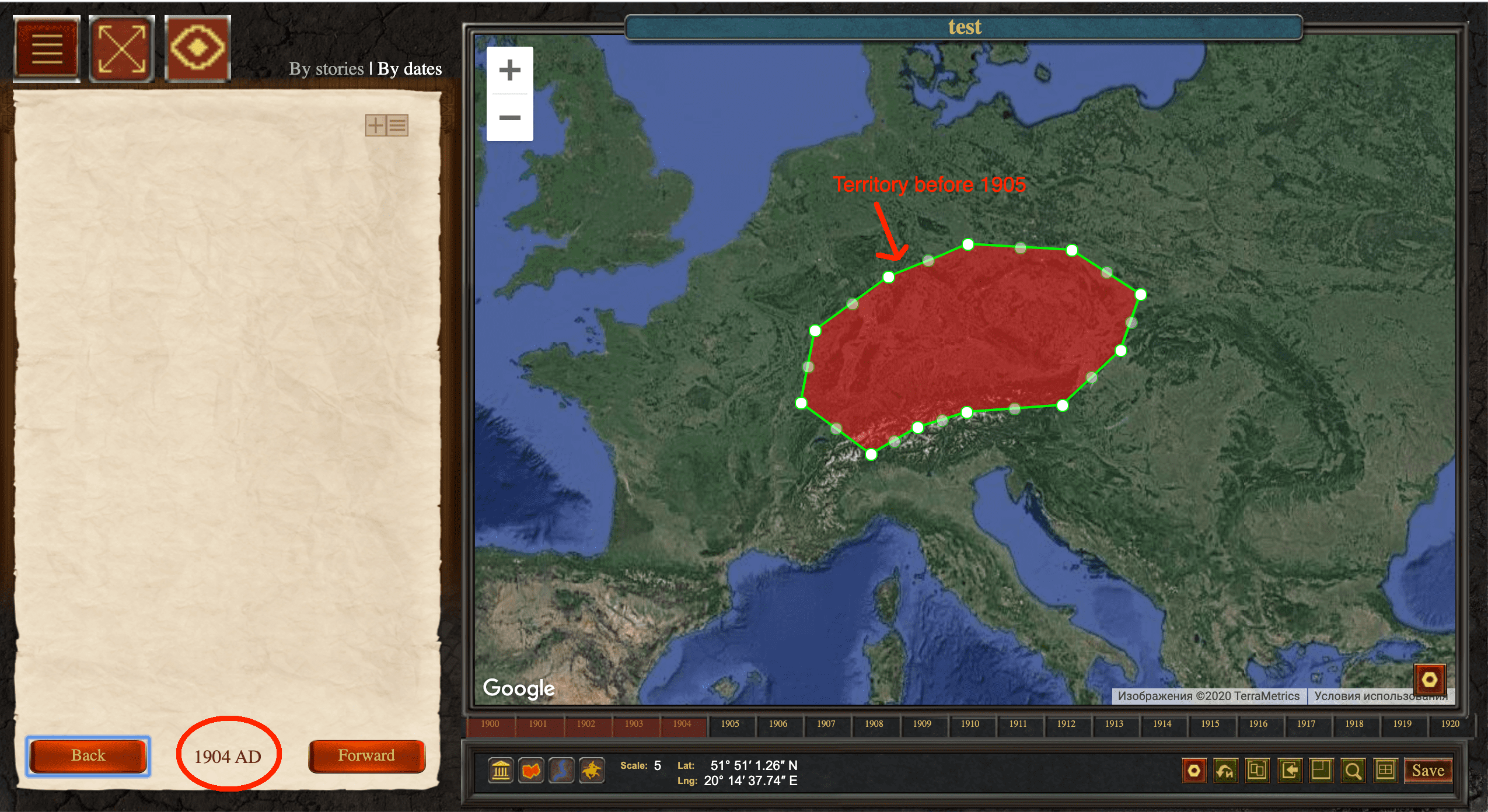 If territory need to be changed again in 1908 year again, you should go to 1908 and press “New territory”. it will be 3 territories in periods of 1900-1904, 1905-1907, 1908-1910. You also can remove each territory (except first one). In this case previous territory will be shown except of removed one. Also dynamic parameters are color of lines and regions and icon of fixed and movable units. You can specify color with menu items “New color”, “Edit current color”, “Remove color”, and icon with menu items “New icon”, “Edit current icon”, “Remove icon” 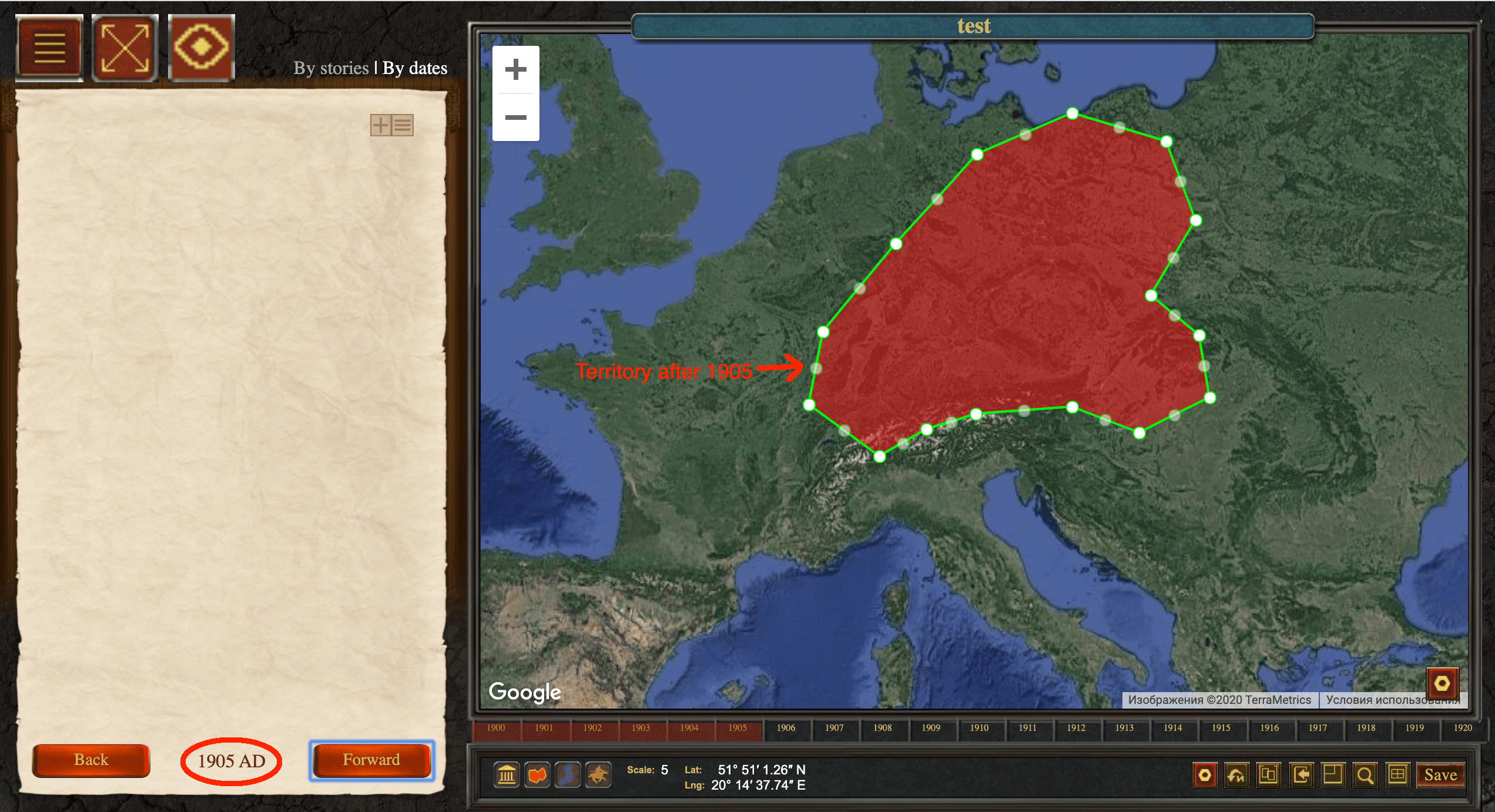 When you click on an object, a object description window opens. It consists of four parts. Each of these parts can be edited by clicking on the pencil icon near the title. 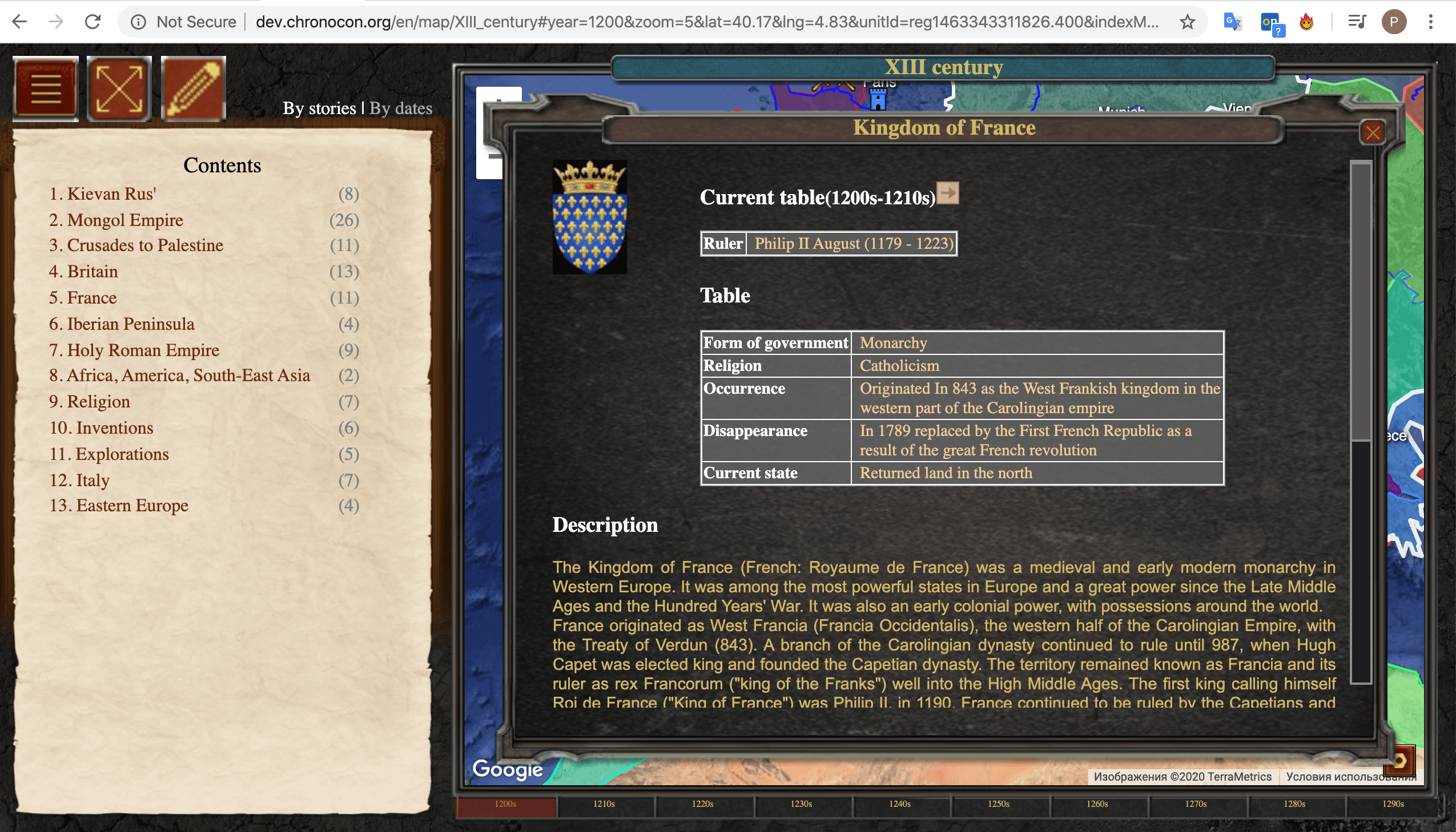 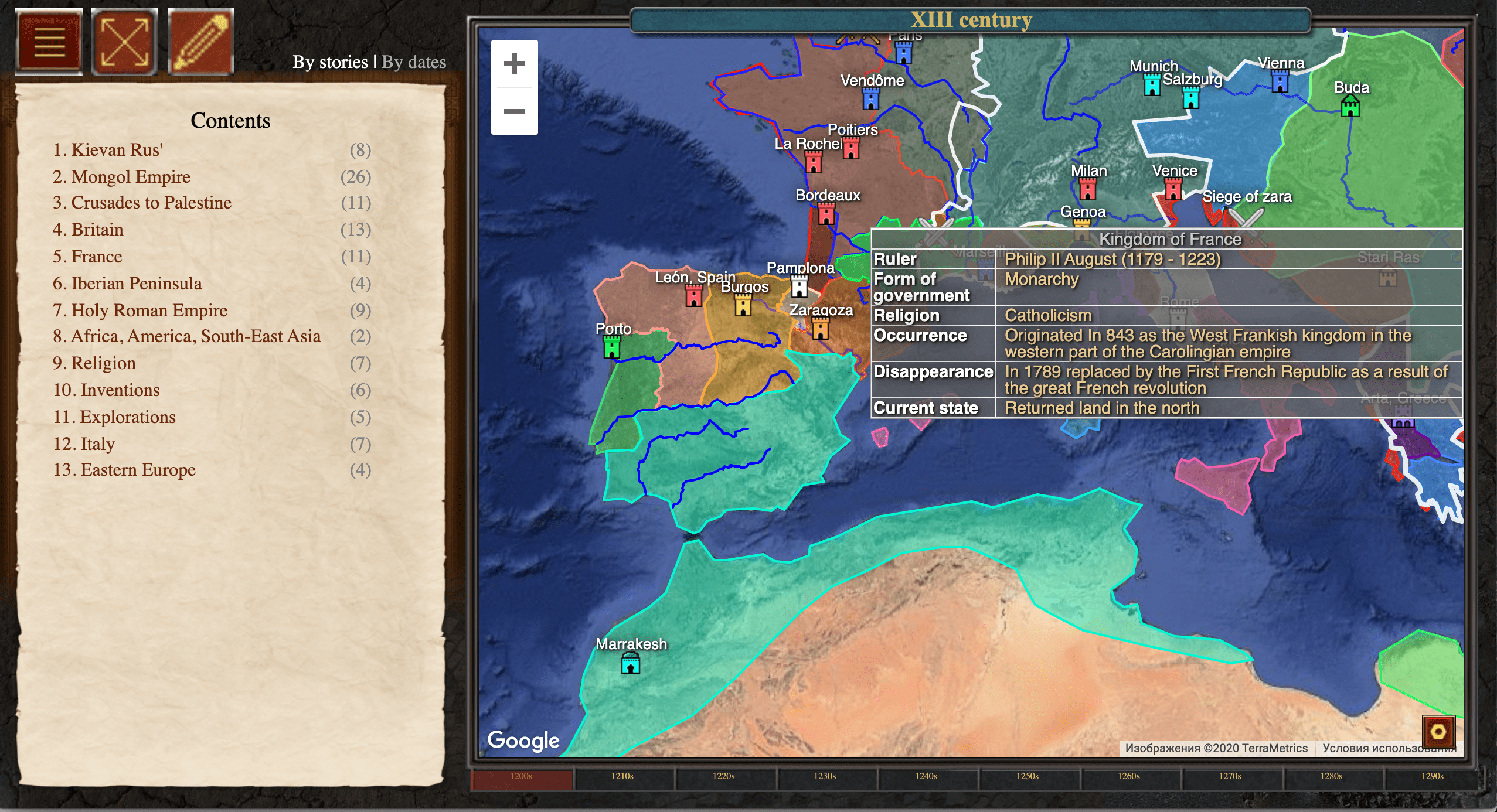 When you fill in the tables, sometimes it is necessary to copy the names of the parameters, which are the same for all objects (for example 'Form of Government', 'Ruler', 'Dynasty', 'Religion', ' Current position' for the states). To speed up this work we made table templates. You can customize the template once and apply it on the table editing page. Templates are edited by reference in the editing panel.

For each object, you can fill in editor information- “sources”, “comment”, ”progress”, “need help”. These fields are not displayed in the view mode, they are necessary for the exchange of information between map editors. 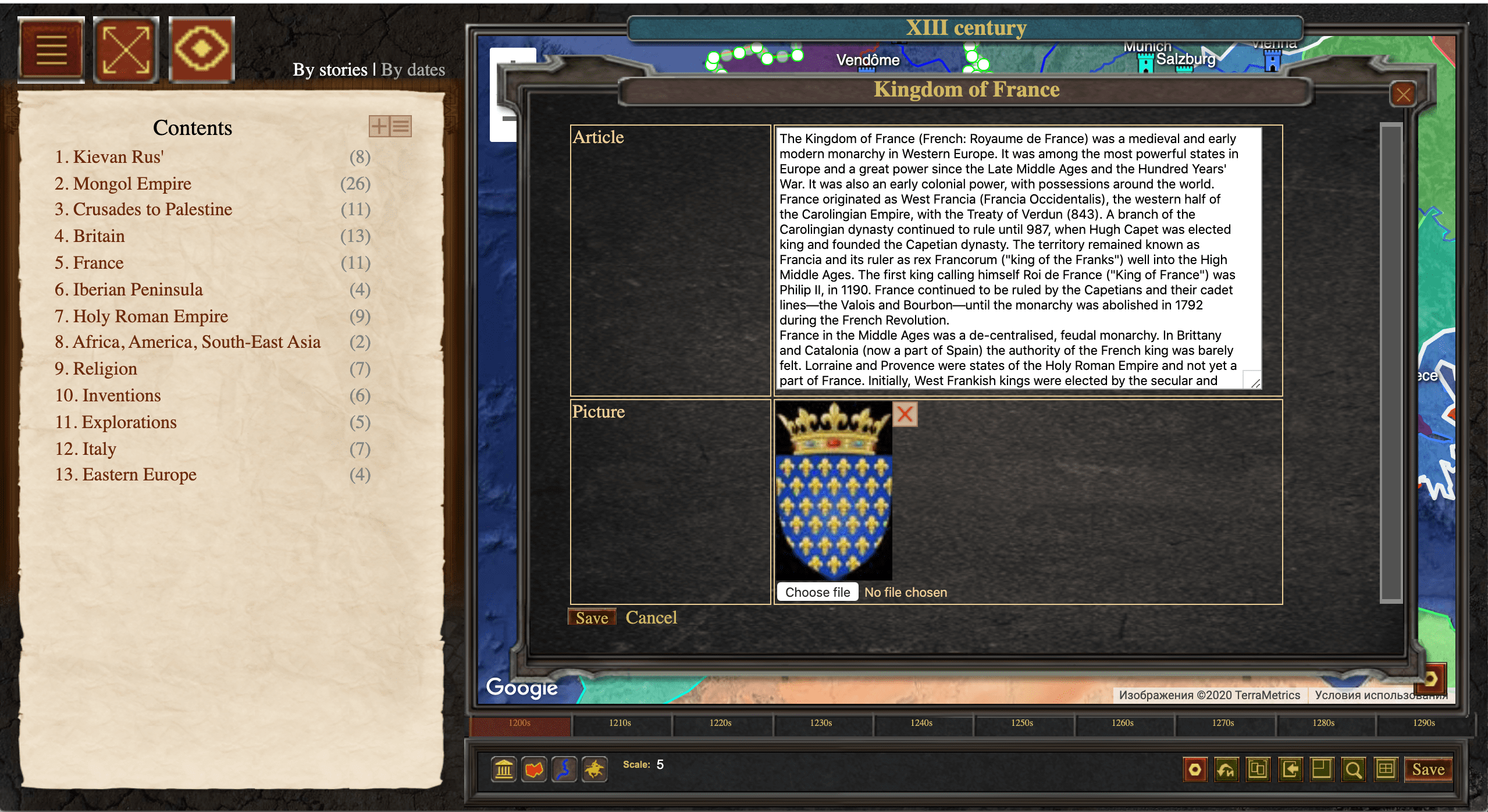